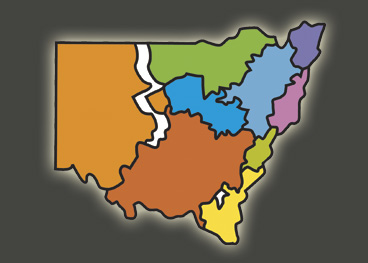 The network of 121 Local Aboriginal Land Councils (LALCs) is divided into nine regions. The number within each Region varies and ranges from ten to 21.


LALCs work for their members and the wider Aboriginal community living in their local area. They assist in matters relating to the areas of housing, legal, employment and other day-to-day matters involving Aboriginal people in accordance with functions detailed under the NSW Aboriginal Land Rights Act (1983)Act.